This is the forgotten story of a "courageous and intellectually formidable" defense lawyer, David F. Smith, who overcame his own prejudices to carry out his ethical obligation to defend former Premier Koki Hirota zealously in the Tokyo War Trials (1946-48).

Their advocacy for a fair trial and judicial review of egregious due process violations fell on deaf ears. Historical documents declassified many years later reveal the dignity and self-sacrifice of Premier Hirota and despite Smith's all-out efforts (including a pro bono petition to the U.S. Supreme Court) the tragic execution of an innocent man.

Principles that Stand the Test of Time

Seventy years later, the principles of international justice forcefully advocated by David F. Smith and colleagues have now been vindicated in Supreme Court jurisprudence in the War on Terror and in legislation rebalancing how we treat our worst enemies while protecting Americans in a new kind of war.

It concludes by tracing Supreme Court jurisprudence through the overruling of Korematsu (US 1944) in the Travel Ban case to present-day headlines, making it a "remarkably timely course."

Defending Hirota examines legal professionalism in the heat of battle and the central role of lawyers in our Constitutional system of checks and balances. It is a story rich in conflict, dilemma, irony, courage and sacrifice that will inspire you and other lawyers to write the next chapter in this timeless story...

“Your course was overwhelmingly interesting...
My knowledge (during those time periods) acquired during my growing up in Japan, came back in the undeniable realities. My sincere respect and gratitude to [David F. Smith] for his remarkable, professional dedication and courage to fight for (past enemy) Mr. Hirota!”

“Sitting in the sunroom of the Commanding General's quarters in Camp Zama, Japan...
I just completed your CLE about the Tokyo War Trials and very much enjoyed the pictures, clips and history that appeared throughout your presentation. Thank you for presenting your very informative course. Our complicated history with Japan following defeat and Occupation continues to this day and I just wanted convey my appreciation.”

“From a prior inmate of the Japanese-American internment camps:
I just finished watching Defending Hirota... You did a fascinating and academically impressive job. My hat is off to you... It is absorbing and makes one see the bias and weakness that can rear its ugly head.”

“The best CLE I have ever taken.
Thanks!”

“Words cannot adequately describe your documentary. So many emotional moments.
I was drawn to tears many times. Amazing.”

“I knew it was going to be good... It was like an Academy Award movie.
Everyone should have an opportunity to watch Defending Hirota.”

“Perhaps the best CLE I have ever enjoyed in 25 years as a lawyer.
Thank you so much for this fantastic presentation! I wish it was a movie!”

Jeff U., Los Angeles, CA
Read Many More Testimonials! (Click Here)
John A. Newman, Esq. has been a Va. Bar Member since 1981. He graduated from Georgetown University Law Center (LLM in Tax), Wake Forest University School of Law (J.D., Law Review) and Salisbury University (Business, Summa Cum Laude). His published law review articles have been cited by a unanimous decision of the U.S. Supreme Court (1983) and presented by invitation to the U.S. Senate Finance Committee (1986). He was nominated for a U.S. House of Representatives seat in 1988. He is a technology transactions lawyer and the father of three Eagle Scouts. Feel free to email John at Legal@aol.com with any questions. 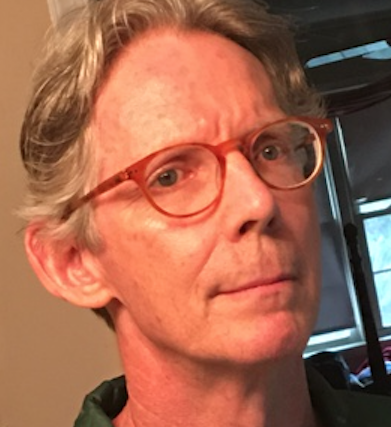 Buy $125.00
We suggest moving this party over to a full size window.
You'll enjoy it way more.
Close
Go Fullscreen